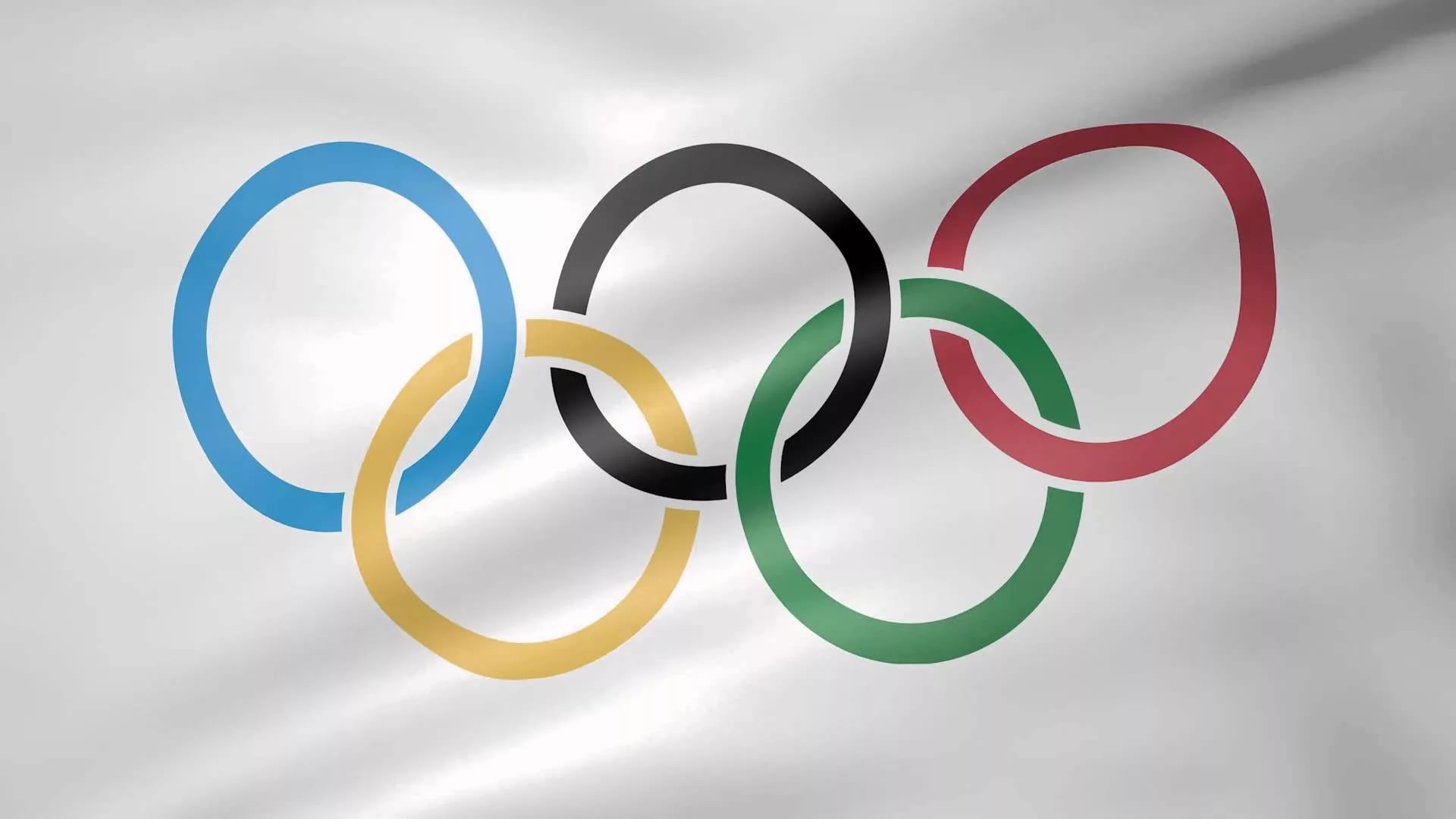 Every few years, thousands of the finest athletes in the worlds gather together to compete in the Olympic games. They come from hundreds of countries, from all parts of the globe, and for the length of the games the world comes together on ground in a celebration of peace and unity. But what are the Olympics? The first Olympic games took place in Greece nearly three thousand years ago in 776 BC. They were athletic competitions held in honor of Zeus, the king of the Gods. The games happened every four years, and during the there was an Olympic Truce when wars and battles were not allowed so that athletes from different cities could travel safely to and from the games. Originally, the Olympic games only had one event-a short race across the stadium – but through the years more events were added including boxing, wrestling, long jump, throwing javelins and discus, and chariot racing. In the ancient Olympics, only men were allowed to compete. The winners were awarded a wreath or crown of olive branches, which was a great honor, and often received money and other prices. The final games of the ancient Olympics were held in 393 AD, ending a tradition of over 1,000 years. It wasn’t until almost 1,500 years later that someone tried to hold the Olympics again. Small events modeled after the ancient Olympics were held in various places in Europe off and on for over a hundred until the International Olympic Committee was created in 1894 by Baron Pierre de Coubertin of France. The first games organized by the IOC took place in Athens, Greece in 1896, and featured 241 athletes from 14 countries. Since that small beginning, many things have changed. Women first competed in the Olympics in 1900. The Olympics were expanded to include winter sports like skiing and figure skating, and Winter Olympics were held to make that possible. ‘Parallel Olympics’, now known as the Paralympics, began to be held for athletes with disabilities. Not so long ago, Youth Games were introduced, which allows athletes between the ages of 14 and 18 to compete. Today, the Olympic games are held every two years, with Summer Olympics and Winter Olympics alternating, so that there are four years between each Summer Olympic games and four years between each Winter Olympic Games. These are only some of the differences between the ancient Olympics and the modern Olympic games. While the ancient Olympics were held in the same place each time, the modern Olympics are held in different cities around the world. In the ancient Olympics winners were awarded olive branches, but in the modern the victors receive medals. Third place wins bronze, second place wins silver, and first place gets medal. The gold medals are not actually made of solid gold, however: they are made of silver covered with a thin layer of gold. Another important symbol of the Olympics is the Olympic five interlocking rings of blue, yellow, green, and red on a white background. The colors of the rings were chosen because every flag in the world at the time had at least of those colors on it. Each of five rings represents one of the inhabited continents of the world: North and South America are counted as one, along with Africa, Asia, Europe, and Australia. After the rings, one of the most important symbols of the Olympics is the Olympic or torch. The lightning of the torch is a reminder of the ancient Greek myth when Prometheus stole fire from the God Zeus to give it to humans. Before each Olympics, the torch is lit in a special ceremony at the site of the ancient Olympics in Olympia, Greece. It travels around Greece and then begins a special journey to the city that will host the Olympics. During the opening ceremonies of the games, the torch is used to light a huge cauldron, which stays burning until the Olympics last day. When the flame is put out, it means the offical end of the games. The goal of the Olympics is to help build a better, more peaceful world through international cooperation, friendship, and the love of the games.”The most important thing in the Olympic Games is not to win but take part, just as the most important thing in life is not the triumph but the struggle. The essential thing is not to have conquered but to have fought well.”I hope you enjoyed learning about the Olympics today! Goodbye till the next time!

The Olympic Games Lesson 72 — Learn English via Listening English Level 3 The modern Olympic Games began in the century as a revival of the ancient Greek Olympics. Now just over one hundred , the modern Olympic movement is the biggest and most movement in the world. In fact, believe the Olympic Games to be the most important cultural any kind in the world. The modern Olympic Games were the brainchild of Frenchman Baron Coubertin. De Coubertin’s dream for an international sports event movement became a reality in 1894 at the International Athletic Congress in Paris. After the Games were constituted in 1894, the first Olympic Games was held in Athens, Greece, in 1896, of the ancient Greek Olympic Games. The original purpose of the Olympic Games in de Coubertin’s mind was and strengthen the physical, mental, and cultural qualities . The Games would blend sport with culture, tradition, . The philosophy of Olympism is the joy of physical and mental effort and for principles. De Coubertin envisioned creating noble and sympathetic humanity through the Olympic movement. The sports events themselves de Coubertin modeled after the school system. He saw in upper-class English boys’ qualities of camaraderie, nobility, and honesty. Most importantly, however, was adherence to the rules of , the rule that stated sport ought to be amateur in nature. De Coubertin believed participants should never participate in sport purpose of making money. To do so would contradict the of sport. Breaking the amateur rule in de Coubertin’s time was as serious a violation as taking drugs to is in today’s world of sport. Over time, the Olympics grew to be the largest international festival kind. Today, debates exist as to the degree to which the modern Games adhere to de Coubertin’s original intent. On the one hand, is truly international in nature, as de Coubertin would have wanted it. On the other hand, it is doubtful Coubertin would have admired the existence of politics, commercialism, and drug use in sport. The Olympics have become , but perhaps at a price. There is little question that the Olympic Games hold out the fulfilling de Coubertin’s original goal of sport contributing to a better, more peaceful, and understanding world.

TRANSCRIPT Hi. Welcome to www.engvid.com. I’m Adam. In today’s lesson, we’re going to talk about the Winter Olympics. They’re just around the corner, and I figured it’s a good idea that you know what’s going on if you’re interested in winter sports. I’m going to tell you about the different events that you can watch, and what the different words are that they’re talking about on TV. Okay? Because this year the Olympics are in Pyeongchang, South Korea, which is the northern part of South Korea, but not North Korea. It’s a little bit confusing. The northern part of South Korea. And all the regular events are there, so I’m going to walk you through them and make sure you know which ones you like, which ones you want to watch, adjust your calendars, your timetables because if you live in a different part of the world, you may have to watch them during the night. So, we’re going to start with the events and then I’ll give you some general Olympics’ vocabulary. Let’s start with skating. Okay? We’re going to… There’re different events for skating. There’s speed skating which happens around a long track, an oval track, and people basically race each other; then there’s short track speed skating-sorry-and basically this is like a very short… It’s almost like a little circle, and you have five or six guys, and they just basically have a race and they’re trying to finish first; and whoever finished first, second, etc., they go on and they have a few rounds of this. Okay? They have different rounds, and the winner of each one or the top two of each race to the next round, the next round until you have a final round, and then the winner gets gold, second place gets silver, etc., or in bronze. So, this is a very exciting event because there’re always crashes, and they go around really, really fast, and they’re like… Basically almost sideways because they’re on their skates going around in a circle all the time, very exciting to watch. Then, of course, there’s figure skating, which is one of the more… One of the most popular events during the Winter Olympics. There are men’s, women’s, and pairs figure skating, and I think there’s also a dance figure skating, it’s a little bit different. And basically they’re on the rink, so the ice surface, or the… The building they’re in is the arena and the actual ice surface is called a rink. And there they do all kinds of performances. It’s very acrobatic. Now, you might hear all the different names of the movements they make, like double axel and cow something, these I don’t actually know because you have to actually know something about figure skating, but you can just watch it. It’s very beautiful to watch, beautiful music and they wear their costumes. Their costumes are just basically they create for themselves, they’re custom-made costumes you can call them, and they go around, they do all these acrobatic things. There’re two components to it, there’s the technical and then there’s the artistic. So they do this on two occasions, and they get a scaled score, basically up to six or five, 5.2, 5.5, etc., and whoever has the best score, obviously gets the gold medal. And the one component is the where they have to do a certain number of routines, a certain number of movements. And the second one is artistic where they have to basically involve those movements, but also according to the music, according to the style, etc. Okay? Very popular. And of course, they’re wearing figure skates. That’s the only real equipment they need, except for their costumes. Speed skaters, they wear a different type of skate. It’s a much longer blade, okay? So they’re basically on blade. They’re basically on, like, two or three milli-… Or three or four millimeters of metal, that’s all that’s holding them up. Very sharp edges to the blades, and that’s what they go around on, etc. Okay? So, figure skating. Skiing, that’s another common and very popular sport in the Olympics. All types of different events that involve skiing. Alpine skiing is basically coming down a mountain, and there’s a slalom, basically, it’s a very long… They’re on the slope of the mountain, and it’s a very long course. Okay? And they come down and whoever has the best time… So, there are two ways to do it, there’s time and there’s also races for different things, but Alpine is usually time trial. Now, there’s cross-country skiing, which is flat but long distance.