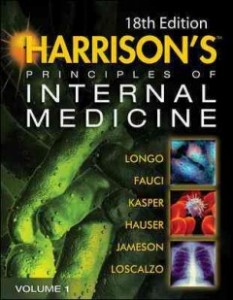 Heart failure (HF) is a clinical syndrome that occurs in patients who, because of an inherited or acquired abnormality of cardiac structure and/or function, develop a constellation of clinical symptoms (dyspnea and fatigue) and signs (edema and rales) that lead to frequent hospitalizations, a poor quality of life, and a shortened life expectancy.

The cardinal symptoms of HF are fatigue and shortness of breath. Although fatigue traditionally has been ascribed to the low cardiac output in HF, it is likely that skeletal-muscle abnormalities and other noncardiac comorbidities (e.g., anemia) also contribute to this symptom. In the early stages of HF, dyspnea is observed only during exertion; however, as the disease progresses, dyspnea occurs with less strenuous activity, and it ultimately may occur even at rest. The origin of dyspnea in HF is probably multifactorial (Chap. 33). The most important mechanism is pulmonary congestion with accumulation of interstitial or intra-alveolar fluid, which activates juxtacapillary J receptors, which in turn stimulate the rapid, shallow breathing characteristic of cardiac dyspnea. Other factors that contribute to dyspnea on exertion include reductions in pulmonary compliance, increased airway resistance, respiratory muscle and/or diaphragm fatigue, and anemia. Dyspnea may become less frequent with the onset of right ventricular (RV) failure and tricuspid regurgitation.

HF resembles but should be distinguished from (1) conditions in which there is circulatory congestion secondary to abnormal salt and water retention but in which there is no disturbance of cardiac structure or function (e.g., renal failure) and (2) noncardiac causes of pulmonary edema (e.g., acute respiratory distress syndrome). In most patients who present with classic signs and symptoms of HF, the diagnosis is relatively straightforward. However, even experienced clinicians have difficulty differentiating the dyspnea that arises from cardiac and pulmonary causes (Chap. 33). In this regard, noninvasive cardiac imaging, biomarkers, pulmonary function testing, and chest x-ray may be useful. A very low BNP or N-terminal pro-BNP may be helpful in excluding a cardiac cause of dyspnea in this setting. Ankle edema may arise secondary to varicose veins, obesity, renal disease, or gravitational effects. When HF develops in patients with a preserved EF, it may be difficult to determine the relative contribution of HF to the dyspnea that occurs in chronic lung disease and/or obesity.

1. Diagnostic criteria for the metabolic syndrome include which of the following:

D. The metabolic syndrome is a constellation of abnormalities that include abdominal (central) obesity, low HDL-C, impaired glucose tolerance, hypertension, and hypertriglyceridemia. Changes in magnesium and phospate metabolism are not part of this syndrome. The metabolic syndrome is associated with an increased risk of heart disease, diabetes mellitus, and morbidities associated with obesity. Lifestyle changes including weight loss and exercise, metformin, and other oral medications may reverse the progression to diabetes. Although the unique contribution of the metabolic syndrome to morbidity and mortality is debated, these abnormalities are frequently seen together and offer the clinician leverage for behavioral changes.

2. A 65-year-old white female presents to your office with a chronic productive cough. She produces over 2 tablespoons of sputum each day, and her current cough has been present for 3 months. History reveals that she had a similar episode of chronic, productive cough that lasted more than 3 months each of the past 2 years, but at different seasons of the year. The most appropriate diagnosis of this patient would be:

C. The definition of chronic bronchitis is a productive cough that has been present for 3 months in each of 2 successive years. Seasonal allergies can produce a chronic and productive cough during the time when the allergen is prevalent. This patient is not symptomatic during the same season each year, which would argue against a seasonal allergy. If she had chronic perennial allergies, she might present with symptoms all year long. Emphysema is the permanent enlargement of the air spaces distant to the terminal bronchioles. Emphysema usually presents with shortness of breath, wheezing, or a limitation in activity. Emphysematous changes may be present on x-ray, particularly with advanced disease. Asthma can present with a cough. Many times it is a nocturnal cough and is rarely productive. This patient does not report any wheezing.

3. Thiazolidinediones act to control hyperglycemia in type 2 diabetes primarily by:

A. Decreasing insulin resistance in muscle, fat, and liver

A. Thiazolidinediones bind to peroxisome proliferator-activated receptor-gamma in muscle, fat, and liver to decrease insulin resistance. Because they do not raise insulin levels, they do not induce hypoglycemia when used alone. To a lesser degree, they also decrease hepatic gluconeogenesis. They may cause fluid retention and hepatic toxicity and therefore should be avoided in patients with congestive heart failure or liver disease. Monitoring of liver enzymes is also required.